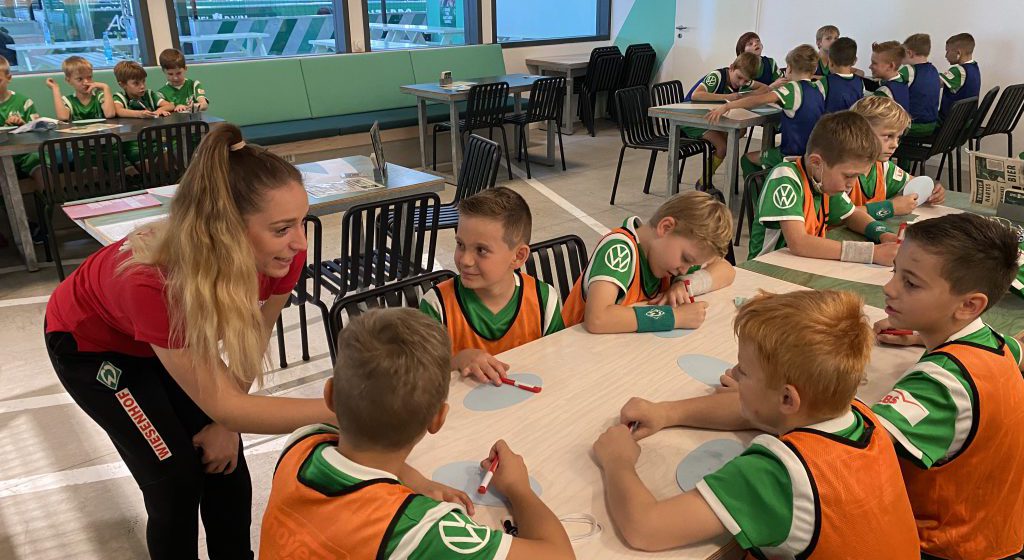 Find the answers to some frequently asked questions about racism, discrimination, LGBTQ+, religion and other topics:

N.B. If you have a questions that you would like to see answered, ask your question in the contact form below.

How can I join the Show Racism the Red Card campaign?

You can join the Show Racism the Red Card campaign in multiple ways. You can join as a fan, as a football player, a grassroots club, as a professional club, as a class, and even as a school. You can download our Red Card and/or educational programme from the resources on our website. Check our ‘Get involved’ pages for clubs and for schools for more detailed information on how you can take as stand against discrimination and Show Racism the Red Card.

The definition of racism is prejudice or discrimination directed at someone of a different race – based on the belief that your own race is superior. This definition suggests anyone can be subject of racism. However, does not exist in a vacuum, meaning, there was always a power structure in place which has always benefitted white people over people of colour. This means that you can only speak of racism if there are hierarchical structure in place. So therefore, white people do not experience racism, but they can experience racial prejudice.

Some countries have affirmative action policies in place. The aim of affirmative action policies is by having quotas to increase the representation of a certain group (people of colour, women, etc.). There are people who argue that the economic or social gains by people of colour undermines the white experience. This is what some call “reverse racism”. The idea of “reverse racism” ignores the basic reality of who holds more power and privilege by assuming that everyone starts off on an even playing field.

Aren’t we all equal, why do you emphasize on Black Lives Matter?

Terms that are unapproriate are words that have their roots in slavery or in other colonial or racist structures. For instance, the n-word has its origine in times of slavery and by using the word as a white person, you’re keeping derogatory language in place that suggests your ‘superior’ position. An other term that is not appropriate to use is the term ‘coloured’. This word was used to describe people of colour in times of the racial segregation in the United States and South Africa.

As language is continuously evolving, what language is considered appropriate is also continuously evolving. Terms that are used at the moment are mostly POC (people of colour), BIPOC (Black and Indiginous People of Colour), BAME (Black, Asian and Minority Ethnicities). However, what terms are deemed apprioriate differs from country to country, therefore, to use the right language, check resources from racial justice movments in your country.

Implicit bias and white privilege, what are they?

Everyone has an implicit bias. Even without realizing it, we all have preference for (or aversion to) a person or group of people. But most of the times, these feelings might be far from the truth. For instance, research has shown that one the implicit biases that white people have is that they frequently associate criminality with black people.

Sometimes an implicit bias can be so persistent that it is integrated in institutions as well. For instance, targeting individuals for suspicion of crime based on the individual’s race, ethnicity, religion or national origin (racial profiling), or employers might be less likely to hire someone based of their race, ethnicity, religion or nationality. Research has shown that we are more likely to have an implicit bias about people of color compared to white people. This is what we refer to as ‘white privilege’. White privilege can include many things besides not being racially profiled and unfairly stereotyped. For example, seeing people on television who look like you, finding the right band-aids or panty hose for your skin tone.

What about the exclusion of the LGBTQ+ community and religious freedom?

In the recent years there have been discussions about whether individuals and institutions can claime the right to refuse providing services to women and LGBTQ+ people based on their religious beliefs. The American Civil Liberties Union has listed examples such as:

While the situations may differ, one thing remains the same: religion is being used as an excuse to discriminate against and harm others. The questions is, are people allowed to do so by law? This differs from country to country. In some countries, judges have ruled that institutions cannot discriminate based on their religious beliefs.