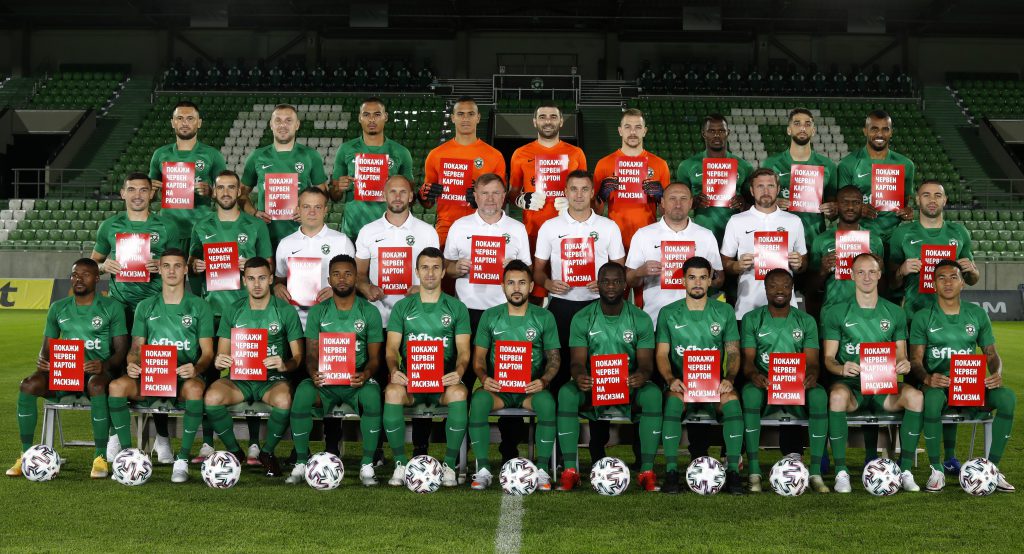 Bulgarian club PFC Ludogorets from Razgrad is the latest club to join the Show Racism the Red Card campaign. Ludogorets, currently on top of the table in the Bulgarian League, is the first clubs from Bulgaria to join the European wide anti-racism campaign. On top of participating in the Red Card campaign, Ludogorets is currently working designing anti-racism workshops and if the local COVID19 measures allow it, they will soon deliver the Diversity Wins educational programme as well.

MORE THAN A GAME

PFC Ludogorets 1945 actively uses the power of football to support a broad range of youth activities in the community. The clubs is a member of the European Football for Development Network. Through organising and financing activities for young people, the club aims at providing young people with opportunities to participate in inspiring and engaging initiatives focused on education and physical activity.
The club is very aware of the influence it has to motivate, inspire and educate young people on a local, regional and national level.

As the club has been sanctioned by UEFA for racist abuse by a group of fans, the club has commited itself to tackling racism. Show Racism the Red Card is glad to count PFC Ludogorets in as a partner in the fight against racism. If the COVID19 measures allow it, the Diversity Wins programme will be another example of the ‘Good example Project’ that the club delivers. With the ‘Good Example Project’, A-team players and coaches of the club visit schools, kindergartens, hospitals, primary schools, high schools, universities, associations and clubs on a regular basis. Now racism and discrimination will be an added focus for the club.