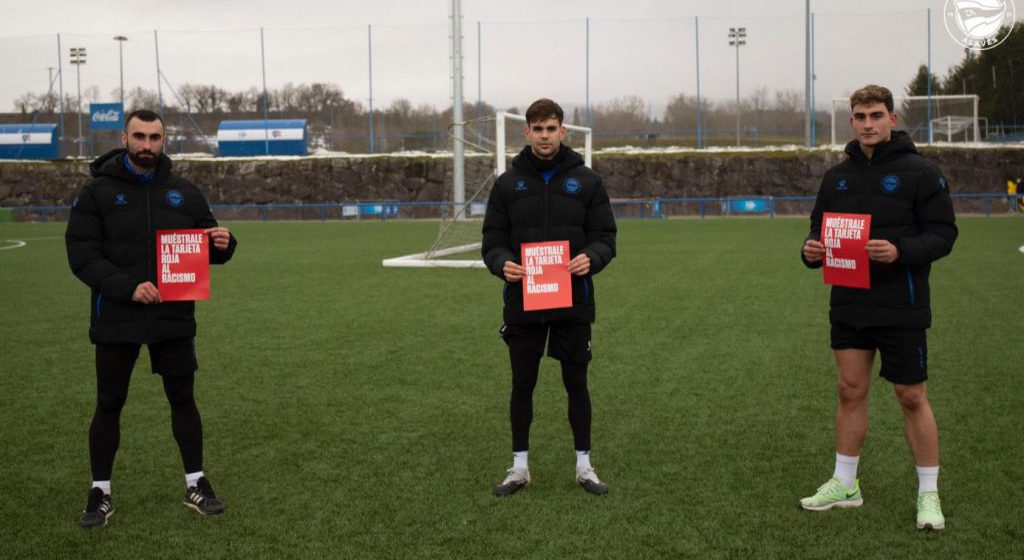 Deportivo Alavés supports Show Racism the Red Card and becomes the first Spanish club to join the biggest anti-racism campaign in Europe. The club from Vitoria-Gasteiz plays in the highest football league (LaLiga) in Spain and with this action makes a public stand against racism and any kind of discrimination in society.

Players from their men’s and women’s team such as Victor Laguardia, Ane Miren, Andrei Daniel Lupu, Lice Chamorro and John Guidetti, have participated holding the red card, showing that diversity and inclusion matter to the club.

Fundacion5mas11 encourages children in the community healthy lifestyle habits through actions linked to the practice of football, transmitting positive values.

Through projects such as #Alaves4life, Deportivo Alavés transmits its values to the new generations; healthy lifestyle, effort, overcoming, teamwork and solidarity.

The club’s foundation aims to use football as a integrative tool, being able to change lives in their community.