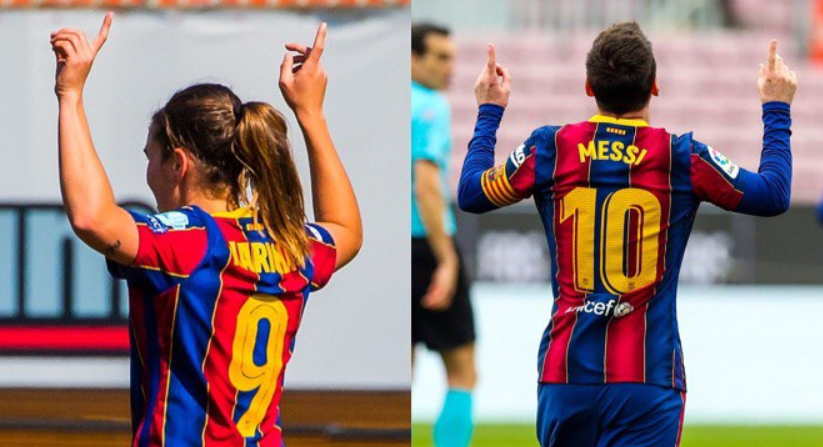 Football teams and players stand up against misogyny

The innocent tweet triggered an avalanche of reactions, including many misogynistic comments from so-called ‘fans’, poking fun at female football or accusing Misa Rodriguez of comparing herself and, female football in general, with football star Asensio and male professional teams. Even though she had nowhere suggested that she considered the performance of female football to be at the same level as male football, Misa Rodriguez, distraught by the many hateful comments, quickly deleted her tweet.

There are unfortunately many instances where social media is used to foment hate or otherwise level discriminatory or racist comments at football players. Those making these comments typically hide behind the anonymity that social media platforms offer. What happened in the case of Misa Rodrigues, however, was a remarkable and an effective lesson of how teams and players can fight back against misogynistic or other hateful comments.

Marco Asensio was the first to defend Misa’s tweet, strongly welcoming her message about football triggering shared passion. Hundreds of players, like Marcelo and Casimiro, and teams from all over the world, from Eintracht Frankfurt to AS Roma, followed suit, fiercely criticizing the misogynistic comments and making the hashtag #Mismapasiòn trending all over Spain and beyond. Even CF Barcelona, the nemesis of Real Madrid in La Liga, came out in strong support of Misa Rodriguez and female participation in football in general. This broad showing of solidarity helped change the tone of the conversation and demonstrated in a powerful way that there is no place for misogynistic comments in the world of football.

It is to be hoped that this will not prove to be an isolated event but that it will be the start of general actions of teams and players whenever there is unacceptable hate speech, discrimination, or racist comments. Social media can be used as an instrument of hate speech; but it can also be used to fight back, to show solidarity, and to make it clear that in the world of football, such statements are not tolerated, not only on social media but also in the stands and around the stadia. Perhaps we will remember Misa Rodriguez for having set off a change in the culture in football as much as we remember Jean-Marc Bosman for changing Europe’s football transfer market some twenty-five years ago.