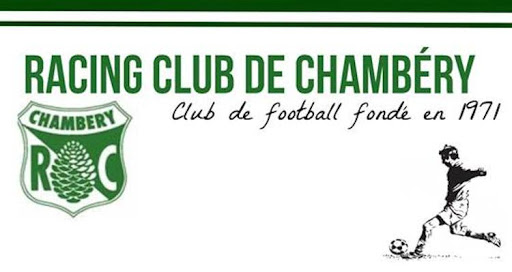 The fight against racism and discrimination is in keeping with the values of the Racing Club Chambéry. Located near Bordeaux, the RC Chambéry is a socially committed grassroots club taking concrete action to promote inclusive values. Today, they officially join the Red Card campaign to take an official stand against racism and all forms of discrimination.

By joining Show Racism the Red Card Europe, the RC Chambéry aims at promoting and developing the actions of players and managers in the fight against racism on  the pitch.

Until the end of the season, the captain of their first senior team will wear the Show Racism the Red Card Captain’s Armband. Above that, the club has committed to promote awareness-raising actions on ethnic discrimination through an educational programme delivered in their football school.

In 2020, the RC Chambery was awarded the Philippe Seguin Prize of Solidarity and Inclusion by the French Football Federation for their project “Football Citoyen” [Citizen Football]. Supported by the local professional club of the Girondins de Bordeaux, the RC Chambéry welcomes excluded individuals (asylum seekers, homeless people, people leaving prison or people discriminated against on the basis of their sexuality or gender) and enables them to practice football with access to sanitary facilities and accompanies them through their administrative procedures.

Their involvement in Show Racism the Red Card Europe is In line with their long-standing commitment, and we are very proud to count them among our members.

LFP campaign: Gay or straight, we all wear the same shirt

As part of the International Day against Homophobia on 17 May, and for the fourth consecutive sea...
read more

Family of Asian heritage criticise local FA for lack of support and say opposition team yet to sa...
read more