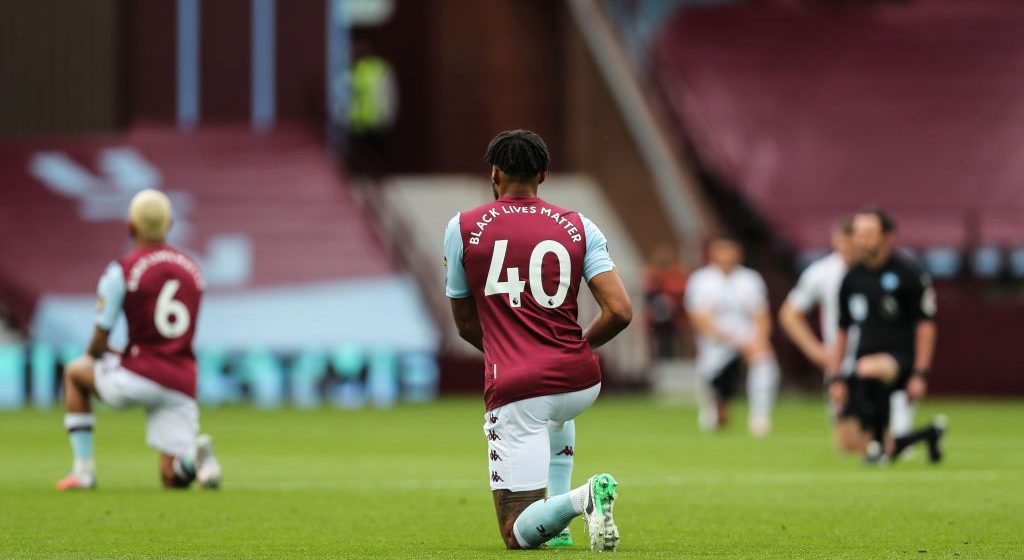 The start of the new season is marked by the global movement against racism. Players from both sides took a knee before kick-off to show support for the Black Lives Matter movement. The Premier League has voiced last week its support to players wishing to take a knee before games. For the opening round of fixtures of that Premier League restart, players will also have their names on the back of their jerseys replaced with “Black Lives Matter”. For the rest of the season, all teams will wear a Black Lives Matter badge on their right sleeve.

The #PlayersTogether group, formed in April by Premier League captains, has issued a statement to voice their engagement against racism and all forms of discrimination.

“We, the Players, stand together with the singular objective of eradicating racial prejudice wherever it exists, to bring about a global society of inclusion, respect, and equal opportunities for All, regardless of their colour or creed,” #PlayersTogether said.

The #PlayersTogether initiative was initially developed to set up a contribution fund to NHS Charities Together to help during coronavirus crisis.

Players will also use the visibility of the games to recognize coronavirus victims and NHS staff.  They will hold a minute’s silence in recognition of the victims of the coronavirus, and a blue heart-shaped badge will feature on the front of their shirts, to thank NHS hospital staff.