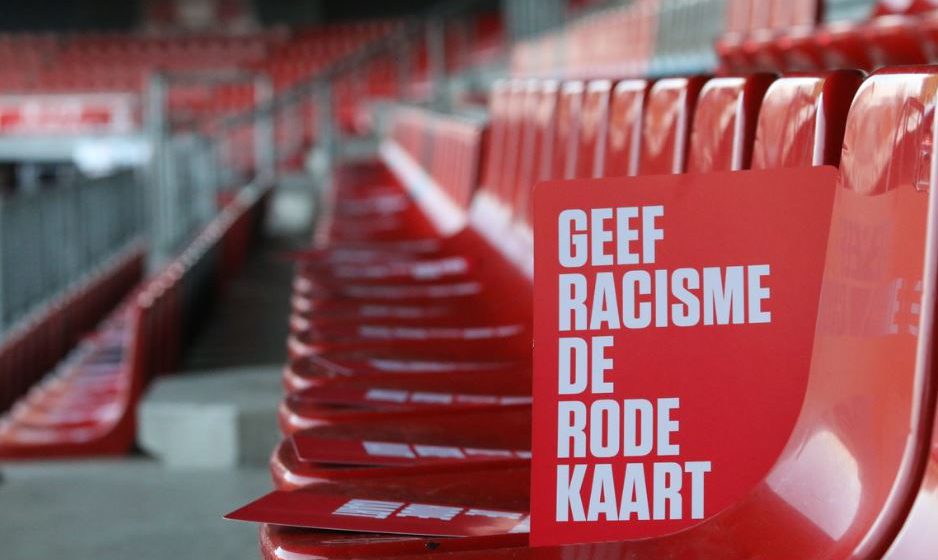 Before the end of the year, we would like to share what it has been like our project Show Racism the Red Card in 2020, a year certainly full of challenges for football and schools around the world.

Despite the pandemic, clubs, players and referees showed Racism the Red Card. More than 30 clubs participated in the campaign taking a stand against racism.

The Red Card campaign, originated in United Kingdom, uses the power of football to help tacke racism and discrimination in society.

New grassroots clubs from different countries also participated in our campaign, despite the difficulties they have faced during the pandemic.

Unfortunately, racist incidents also occurred this year, but clubs, leagues and federations responded and made it clear that racism and discrimination will not be tolerated on football fields.

A good example was Pro League Belgium, which after a racist abuse on Twitter of Royal Antwerp FC’s captain Faris Haroun, pressed charges and showed solidarity with the footballer. During the following matches, captains and referees from Belgium professional league held the Red Cards.

Our partners delivered the #DiversityWins educational programme to 2,000 students, who learned about racism, discrimination, inclusion, LGTB+ community and religion.

PROFESSIONAL AND GRASSROOTS CLUBS THAT PARTICIPATED IN 2020