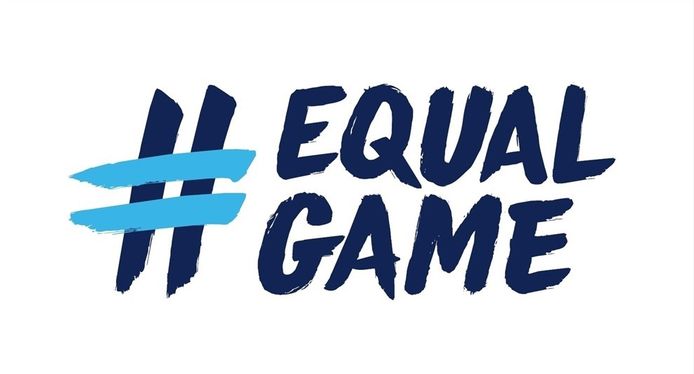 In the build-up towards the UEFA EURO 2020 tournament, UEFA kicks off a new campaign encouraging fans, players, clubs, national associations, and other football stakeholders to join the fight against discrimination by signing for an Equal Game on equalgame.com.

This new campaign, launched with the backing of some of the biggest global talents of this generation, invites all members of the football community to pledge for more equality in football.

By sharing personal stories and digital signature cards on their social media platforms, Matthijs de Ligt, João Félix, Pernille Harder, Moise Kean, Paul Pogba and Jadon Sancho hope to inspire fellow players and supporters alike to follow their example. Fans can visit the #EqualGame campaign website to create their personalised signature card. This will allow everyone to support their football idols in spreading the important message of inclusion and equality. As De Ligt mentions in his campaign video: “We can only fight discrimination if we stand together as a team.”

The six player ambassadors will each feature in their own video, portraying their youth experiences with discrimination and racism. Pogba shows how already at an early age, he discovered how to counter anger with kindness, Sancho explains how growing up among different cultures taught him to respect others and Félix describes how prejudice can quickly lead to exclusion.

Sign for an Equal Game forms the latest instalment of the Equal Game campaign, which has run for the past four seasons and which aims to create positive social impact under UEFA’s overarching value of Respect. Its main purpose is to make people aware that football is for everyone, no matter who they are, where they are from and how they play.

One of football’s biggest challenges

Racism, homophobia, sexism, and all forms of discrimination are a stain on our societies – and represent one of the biggest problems faced by the game today. Discriminatory behaviour has marred both matches themselves and, outside the stadiums, the online discourse around the sport we love.

“It is inspiring to see a younger generation of top footballers using their influence to stand up, tackle discrimination and educate and inspire others. We feel strongly committed to this cause and have chosen the global reach of EURO 2020 to maximise the impact of this campaign,” said UEFA president, Aleksander Čeferin.

“It is not only players, but all of us that should be role models in the fight against discrimination. Famous or not, we all have the responsibility to act and positively influence our environment.”

UEFA is determined to play its part in positive change and believes that discrimination can only be fought in close collaboration with other. As European football’s governing body, UEFA recognises it has an obligation to unite and coordinate the efforts of fans and institutions across Europe – because it is everybody’s responsibility to rid discrimination from the game.

How to join the campaign

You can join the campaign and create a personalised signature card on equalgame.com. This card can be shared on many different social media platforms.