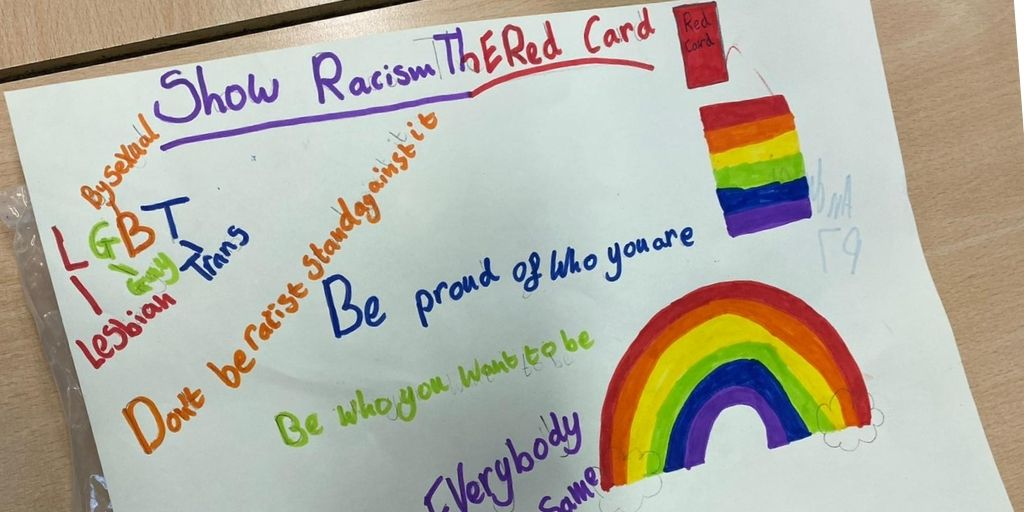 People around the world face inequality because of who they are, how they look, or who they love. Some also experience namecalling and bullying, being denied jobs, and some are even denied healthcare in selected countries. LGBTQ+ stands for lesbian, gay, bisexual, transgender and queer. the ‘+’ represents all other gender identities, expressions and orientations that exist, such as non-binary, intersex, or asexual. People decide for themselves how they want to be labelled, some people don’t want to be labelled at all.

Sex and Gender – what is this?

Sex is biological, someone is often either male or female. Whereas gender has to do with how you feel within your body. Your gender identity may or may not correspond with your sex assigned at birth, nor in line with expectations and norms. There are all different types of gender identities and sexual orientations.

Each culture has standards about the way people should behave based on their sex, these are called gender norms. Examples of a gender role is that girls are often expected to wear dresses or that it not for boys to wear nail polish. How people feel about sexual orientation can also be different from culture to culture. Unfortunately, there are people in this world who dislike and have hateful feelings towards same-sex attraction or trans people. There are even terms for these hateful feelings: we call it homo-and transphobia. These two terms refer to prejudices and discrimination against lesbians, gays, bisexuals and transsexuals. Sometimes comments may be unintentional, but even those can still hurt lesbian, gay, bisexual and trans people. It should not matter which gender you fall in love with, love is still love.

In a study by Out Sport, 33% of the questioned LGBT+ youth stated that they remain completely closeted in their sports context and 20% refrain from participating in a sport of interest due to their sexual orientation and/or gender identity (2019). However, beyond sport, the statistics concerning mental health problems and suicide are way higher among LGBTQ+ youth. On top of that, people that identify as part of the LGBTQ+ are at higher risk to experiencing violence or harassment than their non-LGBTQ+ peers.